The benefits of non-studded tires
February 18, 2021 by tive 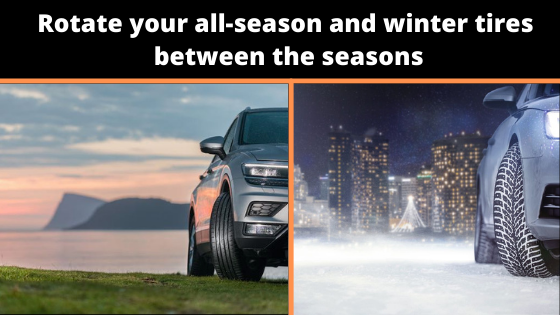 There are many good quality non-studded tires on the market, many with new innovative technologies that allow for virtually the same amount of grip and traction as studded tires. Non-studded tires like the Nokian Hakkapeliitta R3 incorporate many of these new innovations like the “Arctic Sense Grip Concept” and “Snow Claws” to create excellent grip on both snow and ice. With new innovations in the manufacturing of non-studded tires which makes the need for studded tires less vital. In addition, the new non-studded tires also incorporate new advances in rubber compound, tread design and other unique technologies. The addition of the “Biobased cryo crystal 3” particles to the rubber compound in order to improve grip on ice by grabbing onto the driving surface similar to studs. In addition to the special rubber compound the tread pattern has been especially designed to provide the maximal grip and traction with its grip claws and slash claws providing additional safety in demanding situations. This in turn provides the tire with exceptional grip on ice, snow and wet surfaces. This has made non-studded snow tires the preferred snow tires for many drivers. Whether you choose studded or non-studded tires, they both hold the “Three peak mountain snowflake” (3PMSF) emblem which indicates that the tire meets required performance criteria in snow testing to be considered severe snow service rated.

Previous articleDIESEL ENGINE MAINTENANCE: HOW TO GET THE MOST OUT OF YOUR TRUCK?

Next article Is Audience Presence Related to Home Advantage?